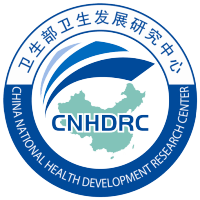 iDSI is delighted to announce that the China National Health Development Research Center (CNHDRC) has become one of our core partners.

The announcement follows the appointment of Mr Hongwei Yang, Deputy Director-General of CNHDRC, as a non-executive member of the iDSI Board in 2017.

Through the work of Professor Kun Zhao, Director of the Health Policy and Technology Assessment Division, CNHDRC has a long history of collaborating with international partners to generate evidence-based approaches to support healthcare reforms for Universal Health Coverage throughout China. CNHDRC has also carried out regional collaboration as a founding member of the HTAsiaLink network and as part of South-South efforts led by iDSI.

In 2017 CNHDRC was awarded US$1.5 million from by the Bill and Melinda Gates Foundation to establish an institutionalised mechanism for translating health technology assessment (HTA) evidence into policy. The work, which received matching funding from CNHDRC, will include two vaccine evaluations and an assessment of molecular diagnostics in tuberculosis (TB) as case studies. In collaboration with iDSI, CNHDRC will use the grant to develop HTAs in these areas, creating methods and process guides related to the technology appraisal of medical devices; drugs; procedures; and vaccines in China over the next 18 months.

Professor Zhao said: “I am most pleased CNHDRC is now an official iDSI core partner following many years of friendship and collaboration. To meet population needs, strengthen evidence-informed capacity building and support policymakers for evidence-based decision making, HTA is being considered an effective tool to address current challenges in the Chinese health system. I look forward to leading more HTA studies to push priority-setting even further.”

The Global Health and Development Group (in its former guise as NICE International) began collaborating with CNHDRC in 2009, with initial work focusing on the design and implementation of clinical pathways for surgical procedures and the management of non-communicable diseases. With technical support from iDSI, the China Health Policy and Technology Assessment Research Network, a critical foundation for institutionalising HTA in China, was established in 2016.

Director of the Global Health and Development Group, Professor Kalipso Chalkidou said: “The appointment of CNHDRC as a core partner underscores iDSI’s commitment to forge global partnerships to achieve real world health gains. I look forward to deeper collaboration with the CNHDRC team and take this opportunity to congratulate them on their success to date in developing HTA in China.”