iDSI has initially provided technical support to the HTA Committee under the Ministry of Health since its establishment by ministerial decree, and increasingly engaged with the potential users of HTA evidence – including BPJS, who is responsible for administering JKN. iDSI also played a coordinating role between various development partners with a stake in HTA including Australia’s Department of Foreign Affairs and Trade, PATH, Access and Delivery Partnership (ADP), and WHO. In 2019 and 2020, iDSI has been continuing to support HTA institutionalisation and local efforts to strengthen the network of HTA suppliers, including the University of Padjadjaran on one of the HTA topics with ADP funding. iDSI is also supporting the knowledge sharing efforts of Indonesian colleagues domestically and internationally through the ADP knowledge exchange webinar series.

In collaboration with iDSI, the HTA Committee and Indonesian academic institutions completed a total of 8 HTA studies since 2014 spanning a range of priority clinical topics including detection, prevention and treatment of diabetes, dialysis for end-stage kidney disease, high-cost cancer drugs, and other non-communicable diseases. iDSI’s end-to-end support covered the topic selection process, through scoping and definition of research questions, literature reviewing and primary data collection, economic evaluation, synthesis and identifying policy recommendations, stakeholder consultation, and dissemination. iDSI employed a variety of approaches to capacity building, including:

By implementing all of the HTA Committee recommendations produced with iDSI assistance through 2016-17, the Indonesian government could generate potential US$31.9m annual savings from the JKN budget. If reinvested into the health system, this could avert an estimated 44,787 DALYs in the Indonesian population.

Some of these gains are beginning to be realised. In October 2018, BPJS issued a decision to remove cetuximab and bevacizumab, two high-cost cancer drugs, from the formulary which means they can no longer be reimbursed on JKN for certain colorectal cancers. This major policy impact was a direct result of the iDSI-supported, locally generated HTA studies which found both drugs to be poor value for money in the Indonesian context.

Earlier HTA studies undertaken with iDSI support in 2014-15 are also beginning to see policy impact. For instance, the evaluation of the WHO Package of Essential Non-communicable Disease interventions (PEN) has shaped the national protocol for diabetes screening, whereby the starting age will rise from 15 to 45 years and in turn result in more than double the existing individuals receiving screening coverage, from 28% to 63% of the target population. And the evaluation of pulmonary arterial hypertension treatments found sildenafil (an “off-label”, or unlicensed medicine for the specific indication) to be both more effective and less costly than the on-label treatment option reimbursed under JKN. The authorities expedited the registration process for sildenafil for pulmonary arterial hypertension as a result, and the ensuing policy discussions facilitated by iDSI also paved the way for wider policy changes so that drug registration and reimbursement become better aligned.

iDSI has supported the move of HTAC to promote the use of peritoneal dialysis instead of hemodialysis for JKN—UHC program managed by BPJS. (Read more here.) and on the recommendation to use more HTA for JKN (Read more here.)

“
With 200 million citizens in the scheme, BPJS needs to be a more strategic purchaser… to determine whether to pay for the things we have to pay, or what providers are asking to be paid.Pak Budi Hidayat Professor of Health Economics and Health Insurance at the University of Indonesia and a member of HTA Committee, Indonesia

Policy Brief: Cetuximab as an adjuvant therapy for metastatic colorectal cancer: does the high cost outweigh the benefit for saving patient’s life? http://www.globalhitap.net/wp-content/uploads/2019/01/PB-cetuximab-31_1_2019_Final.pdf

Economic evaluation of policy options for dialysis in end-stage renal disease patients under the universal health coverage in Indonesia http://journals.plos.org/plosone/article?id=10.1371/journal.pone.0177436

iDSI has supported a range of institutional capacity building activities since 2014, for instance development of the HTA policy roadmap, process and methods guides, and facilitating a biggest-ever 35-strong Indonesian delegation to join the Prince Mahidol Award Conference in 2016 on priority-setting for UHC. The Secretary General spoke at one of its plenary sessions. Presently the Government of Indonesia is signing a Memorandum of Understanding with the Thai government, which will include HTA collaboration. iDSI has also facilitated networking and policy engagement among policymakers and Indonesia and international academics on technical issues, such as the development of an Indonesian quality of life value set (EQ-5D-5L), which will be essential for ensuring that future HTA studies accurately reflect the values and preferences of the Indonesia population.

The awareness and acceptability of HTA by the policymakers has certainly grown. In the past (iDSI Phase 1, 2014-15), iDSI supported the completion of four HTA studies which were financially supported by external funders. Since 2016 however, the Indonesian HTA Committee led on producing four HTA studies, drawing on the technical capacity of Indonesian universities, and directly addressing the policy priorities and with the financial support of BPJS. In 2019, BPJS has commissioned another round of HTA studies. This is a testimony to the growing receptiveness to HTA among Indonesian policymakers and its use to inform sound decision-making.

The HTA methods guide, which has received comments from local and international partners including PATH, is now published in Bahasa and English, with the latter being available on the iDSI Guide to Economic Analysis and Research (GEAR) Online Resource. It sets standards for the conduct and reporting of economic evaluations in Indonesia. 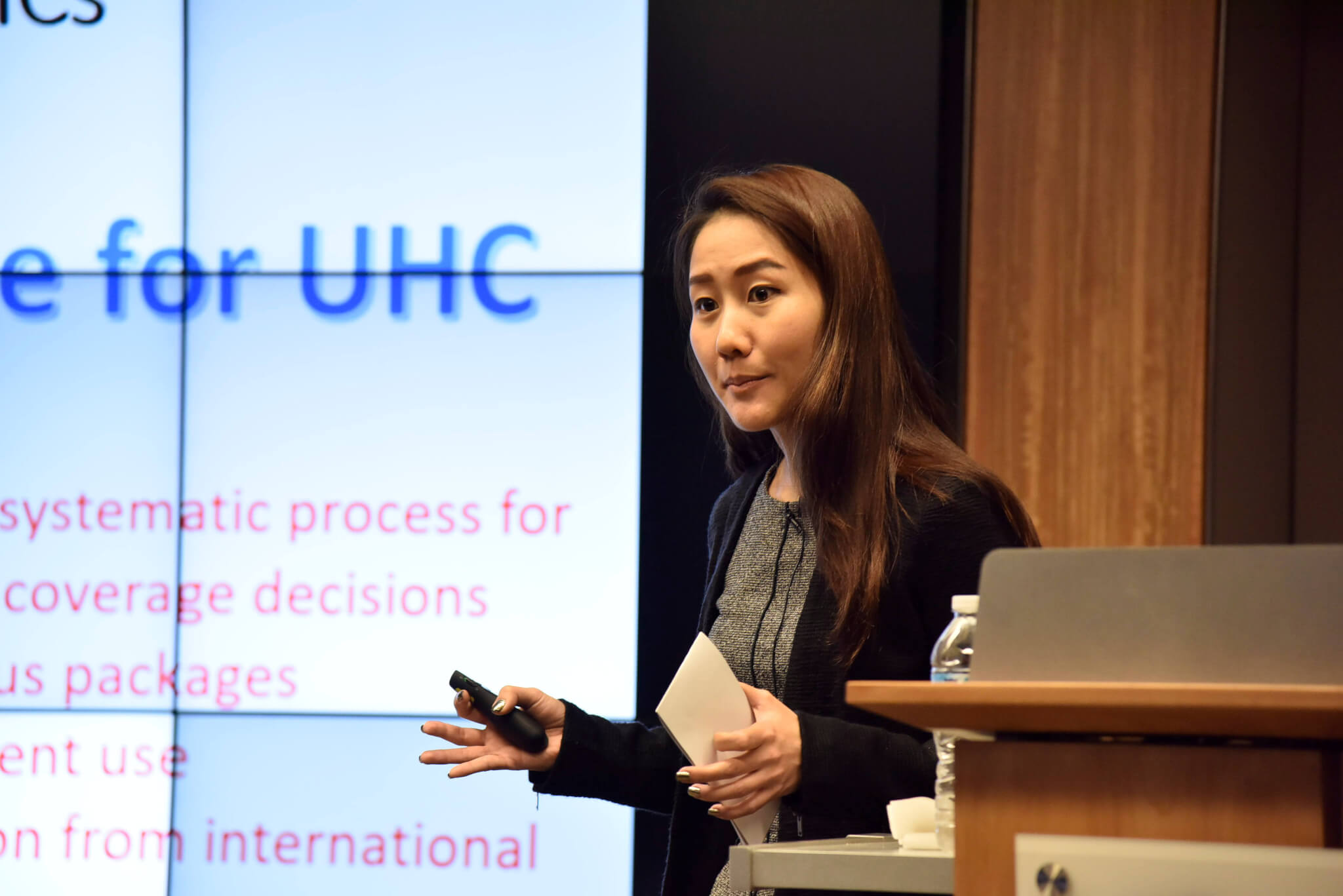 UHC Day 2017: The need for a sensible, fair and evidence based Health Benefits Package