6th December marked the launch of the China Health Technology Assessment hub to which Kalipso Chalkidou, Director Global Health and Development Group (GHD), was invited, representing iDSI and Imperial College London. Kalipso presented on the value of HTA as a means of managing expenditure and ensuring investment is made in those technologies and interventions most likely to benefit large numbers of those in need. The event was hosted by the China National Health Development Research Center (CNHDRC) and attended by the WHO and the World Bank with over 75 senior officials from the National Health and Family Planning Committee (NHFPC), the National Development Research Committee (NDRC), the Ministry of Finance, the Ministry of Labour and Social Security; provincial health bureaus, and scholars from major Universities including Renmin University, Peking University , Fudan University with a track record in health reform and HTA. 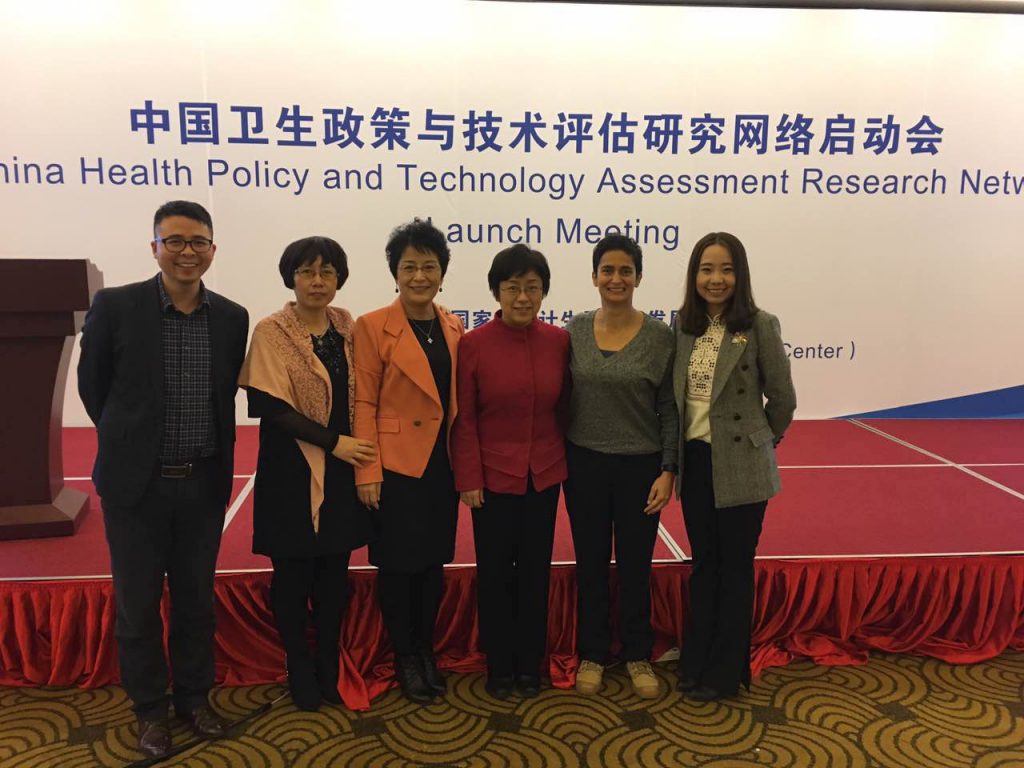 The event was opened by Vice Minister Ma who commented that “HTA is a necessary precondition for achieving Healthy China 2030…and a new approach to the supervision and reimbursement approach of the market economy which has succeeded the planned economy in China”. He also highlighted the value of HTA as a means of promoting “innovation driven development” and supporting policy makers make informed choices for NCD prevention, a major priority for the government.

Building on this work, we are proud to announce CNHDRC as the China hub for iDSI, a major centre for promoting evidence informed policy making in support of China’s national reforms as per the Healthy China 2030 report, as well as a regional and global hub which can support countries in the region struggling to attain and sustain Universal Health Coverage, such as Cambodia and Myanmar and beyond, such as South Africa and others SSA countries launching National Health Insurance plans. We are honoured and look forward to working with our Chinese partners and supporting the Chinese authorities in their task of ensuring good quality equitable care for the whole of their population.

The agenda for the launch can be found here