This is a guest post by Maggie Helliwell, retired English general practitioner and former Vice Chair of NICE

One morning early in 2016, an email popped into my inbox from NICE International: Would I like to go to Vietnam in March to help the Ministry of Health develop their primary care strategy? At first I had to say no as the original dates clashed with my long booked annual cross-country skiing trip, but dates were changed and 48 hours after skiing across a Norwegian plateau I was on a plane to Hanoi.

My first impression was that it was a little cooler than I expected – though it never reached the minus 10 degrees of central Norway – and that Vietnam has a whole lot of mopeds and noodles. I had been sent a large file of excellent background reading by Ryan Li, my indefatigable NICE International associate and I instantly understood why road traffic accidents are the greatest cause of death in Vietnam. Driving was dangerous but exciting. I witnessed 2 accidents in my first 2 hours and was nearly involved in a third later that evening. The mopeds were 10 deep and 3 abreast at every intersection and entry to a ‘roundabout’, except there were no roundabouts. The mopeds wove in and out of each other at speed. There were sometimes 3 to a moped and children were carried, without helmets in front of, between or clung on tightly behind 2 adults. The mopeds took short cuts across dual carriageways and also travelled the wrong way on those same carriageways. They carried people, smart female office workers going to work in short skirts and high heels, families, and wave after wave of male workers.  They carried produce, fruit, vegetables, flowers, fodder, huge vases strapped precariously to each side and even large panes of glass carried tightly between the driver and the passenger. They passed multiple shops with rows of mopeds on display out front and carousels of helmets of all shapes, types and genders (pink helmet anyone)? The mopeds were continually honked at by the cars as the taxis were also weaving in and out of the lanes. The honking was continuous and appeared to act as immediate warning of potential danger  or semi-courtesy of presence. My trip to the airport on my final day was coloured by the taxi driver obviously having a loud ‘domestic dispute’ using 2 handheld mobiles simultaneously and accompanied by loud female tirades. I arrived OK! 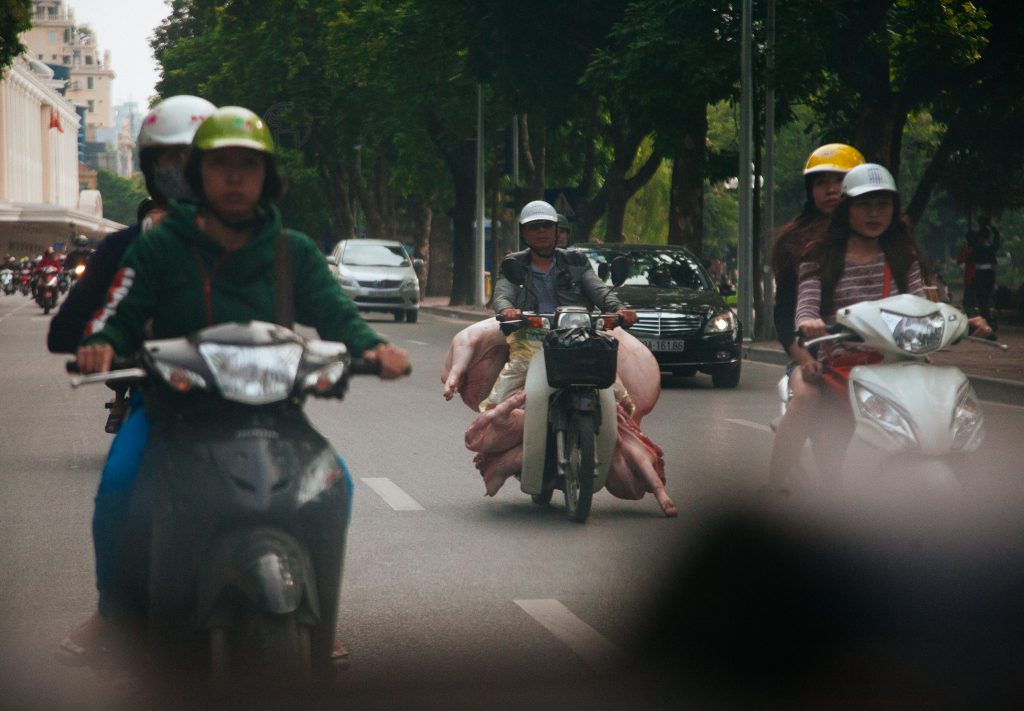 The Vietnamese Ministry of Health wants to develop their primary care. Primary care has been a poor relation of hospital-based specialist care for many years. Only 70% of the population is covered by any variety of health insurance, many people can ill afford to pay for any healthcare.  People who are covered, though they often have to add co-payments, can use their health insurance at any centre within their province. They perceive that the quality of the health care in their commune is poor, and as the investment has been skewed towards specialisms they are probably correct. Though the government is trying to rectify this, the prevailing cultural perception is against primary care as a reliable resource. As a result people flock to hospitals as their primary source of help and the queues and the inappropriate use of those resources is compounding the problem. There is also a larger proportion of private healthcare than in England for those that can afford it. 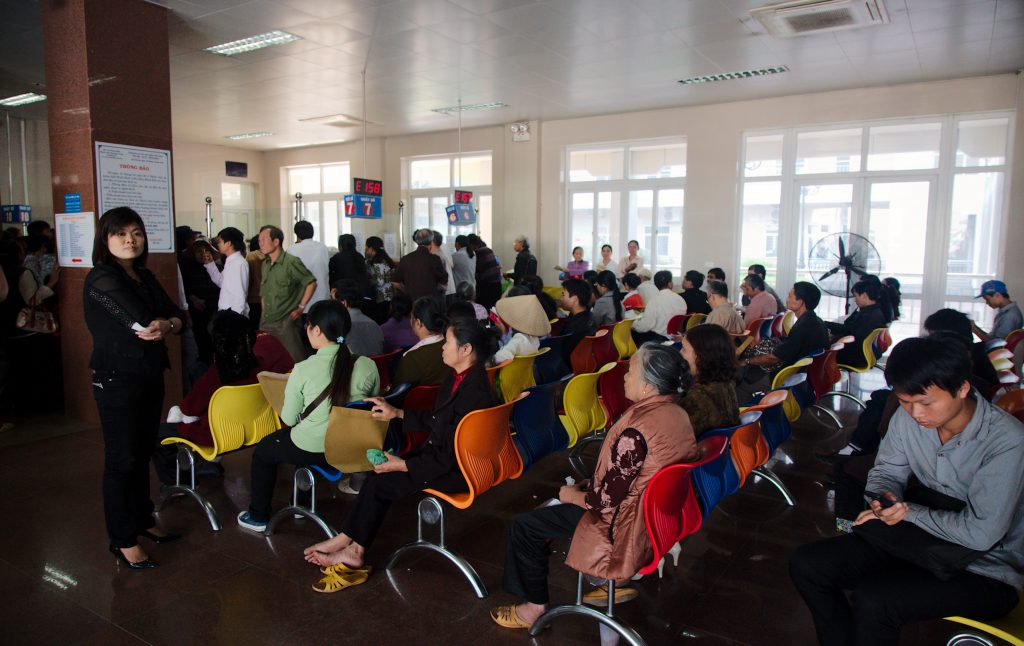 Crowds at a provincial hospital in Vietnam. Photo by Ryan Li.

This situation is also not helped by the tensions in status between hospital and primary care. The specialism and philosophy of family medicine and the potential of primary care is currently poorly recognised. The training is very short by English standards and almost entirely hospital and lecture based. We met a pioneering Professor of Family Medicine from Hanoi Medical University who was passionate about developing the family doctors that Vietnam needs and she was hoping that she will be given the support to carry out her plans. In England 90% of daily work within the NHS is carried out in primary care for 9% of the NHS budget. In Vietnam the ratio is probably reversed.