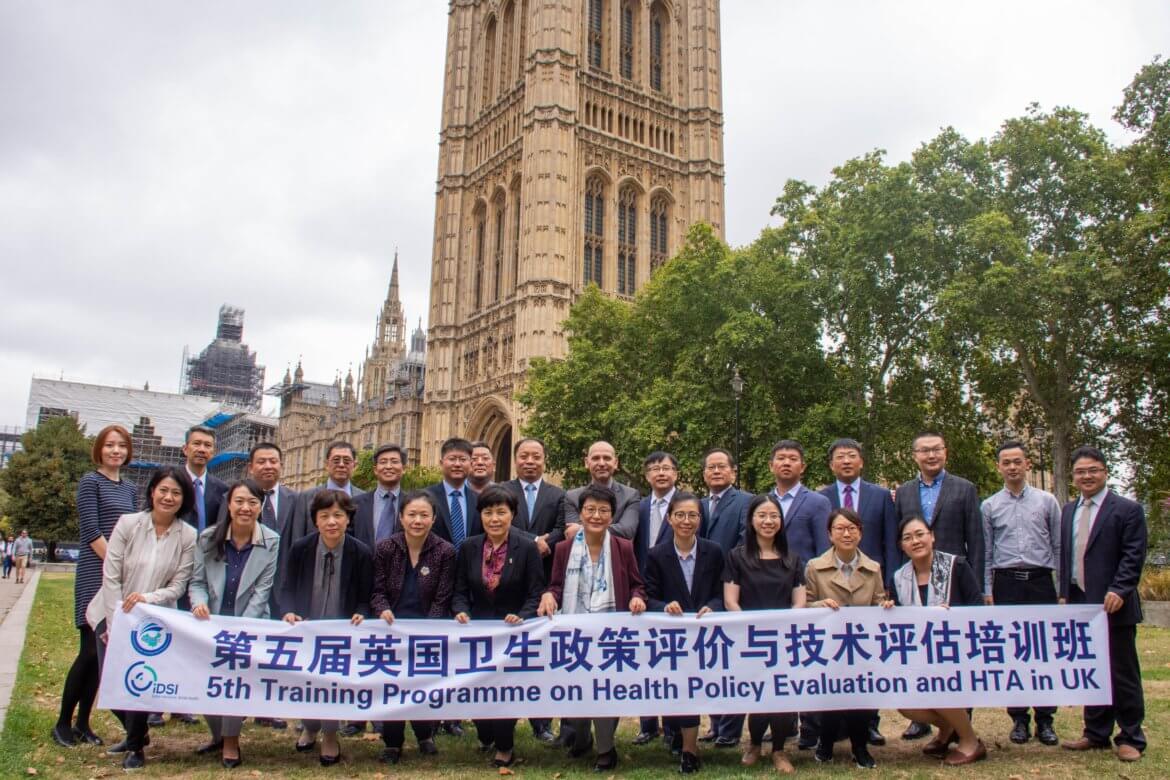 The iDSI team at Imperial College and core iDSI partner the China National Health Development Research Centre (CNHDRC), have been organising visits by groups of high-level Chinese health leaders and professionals, from national and regional bodies, and from clinical and non-clinical roles, to visit the UK each year since 2014. The study tours seek to provide delegates with a solid introduction to the UK health service, and its experience in priority setting and using health technology assessment (HTA) to support decision making. These study tours also provide an opportunity for iDSI colleagues to gain further understanding of the latest policy developments in Chinese healthcare reform.

As in previous years, all 27 delegates received a detailed introduction into the structure and financing of the NHS, including the role of HTA in supporting resource allocation decisions in the UK. In addition, there was a special focus on primary care, led by the Imperial College WHO Collaborating Centre for Public Health Education and Training, and an afternoon workshop hosted by the Centre for Health Economics at the University of York, which explored specific issues relating to the application of economic techniques to inform discussions on evaluating health system performance and efficiency.

For this year’s tour, we also placed a special emphasis on the UK’s approach to cancer care, specifically in relation to the process adopted by the National Institute for Health and Care Excellence (NICE) when evaluating new oncology products. We also explored the importance of considering the value that new innovations could bring within the context of delivering appropriate and timely pathways of care, including radiology, pathology, surgery, and radiotherapy. The UK’s experience in these issues can potentially provide useful insights for the Chinese setting, given that cancer has become a leading cause of mortality in the country. This is being driven by an ageing population and the prevalence of lifestyle factors such as smoking, with lung, stomach and breast being among the most common cancers. Policy makers in China have recognised the need to strengthen systems for assessing the clinical benefit of new cancer medicines, and this will be the focus of planned further collaboration between the Global Health and Development Group at Imperial and CNHDRC.

We would like to thank everyone who attended and contributed to the two-week study tour, with a special thanks to the British Embassy in Beijing, and Professor Kun Zhao and her team at the CNHDRC.